Earlier this month, I had the opportunity to take an anniversary trip to Seattle, Washington with my husband. We were there for a little over a week. We picked Seattle because of its exciting city life, evolving food scene, charming coffee shops and close proximity to 3 National parks. There was so much to do! Vancouver was a 3-4 hour drive from Seattle, so we decided to rent a car and explore Vancouver city as well. If you didn’t know already, Seattle is known for its rainy and cloudy weather, but I think we lucked out by going earlier in the Fall. We had more dry days than rainy ones. I highly recommend going in September to avoid the summer crowds and the rain.

Here are our top things to do in Seattle and Vancouver:

Mt. Rainier, standing at about 14,400 feet is one of the most dangerous active volcanoes (if it were to blow), but it is also one of the most beautiful. On a clear day in Seattle, you can see the snow-capped mountain peaking above the horizon.

We drove to Tipsoo Lake and did the Naches loop hike. We saw beautiful up-close views of the mountain and some nice Autumn shrubbery and flowers.

We also drove up to Sunrise visitor center, the highest point reachable by driving in the Park and caught a 360-degree view of the surrounding valleys, Cascade mountains, Mt. Rainier and Emmons glacier.

There are so many stores and restaurants to explore if you are in the International district. We stopped by Dough Zone for dinner one night after our drive back from Vancouver.

We also did a little shopping at Uwajimaya Market, the Japanese grocery giant, and shopped around for Asian snacks, baked goods, tableware, and Instant Ramen.

There are a ton of other delicious places like Maneki (sushi bar) and Mike’s Noodle house that I wished we had more time for. We also passed a cool-looking Seattle Pinball Museum.

Standing at 605-ft-tall and built during the World Fair in 1962, the Space Needle quickly became a landmark and now a well-known tourist attraction. From the observation level, you can see all of Seattle, the Cascade mountains and Mt. Rainier. It also now features an all-glass rotating floor. We ran out of time and ultimately didn’t want to spend the extra $$ to go up, but we did get to see it up close from the bottom.

As a graphic designer and artist, I was more interested in seeing the Chihuly Garden and Glass museum, which is adjacent to the Space Needle. The museum showcases extraordinary glass sculptures (including some up to 100 ft long) by world-famous glassblower, Dale Chihuly.

We took a ferry boat to Bainbridge Island and then drove for 1-2 hours to get to Olympic National Park, a World Heritage site. The views were stunning — we saw glaciers and waterfalls that cut through the alpine landscape.

We also did a short hike along the High Ridge Trail to Sunrise point. The park is huge though, so plan at least a full day, maybe two, for exploring it.

We had our anniversary dinner at the famous Din Tai Fung restaurant on our last day in Seattle. Din Tai Fung’s soup dumplings are known world-wide and their Hong Kong location has been awarded a Michelin star.

Curious, we went into their Seattle location with high expectations. Knowing there would be a long wait around dinnertime, we went early at around 5pm. Even at 5, there was a short wait.

Everything was tasty and delicately made. Our favorites were the shao mai with its juicy and rich broth and shrimp carefully placed on top of each dumpling. It wasn’t just good, it was beautifully made as well.

We also loved the wontons in a hot, sour and sweet combination of vinegar, chili oil and sugar. It is worth a visit if you are in the area.

Everything was indoors, so it can be the perfect way to escape the rain. I personally found this market to be a bit more inviting, colorful and larger than Seattle’s public market. We left with some homemade spices, baked pastries, maple tea, fresh fruit, and far less money in our pockets.

Stanley Park has a 5.5 mi. long, vehicle-free bike and pedestrian path that offers gorgeous views of the waterfront. The Vancouver Aquarium is also located in the Park. We opted to rent a few trail bikes from a shop nearby on Nelson St. and bike the entire path. It typically takes 1 hour to bike the full loop around the park, but it took us two hours. No, we are not that slow—we just decided to take a few detours that cut through the lush old-growth forest.

The Richmond Night Market in metro Vancouver is exactly what it sounds like, a large gathering place for foodies.Their website states it is the “largest Night Market in North America,” and they were right. Nothing can compare to the scale of Taiwan’s night markets, but if you want a taste of good Taiwanese, Japanese, or Chinese street food, then this is a good option closer to home. Rows of food vendors lined the entire area, and we tasted a variety of international cuisines.

I was able to sample Gua Bao, a Taiwanese juicy pork belly burger and takoyaki, Japanese ball shaped pancakes stuffed with seafood. One stall was also selling Taiwanese stinky tofu, a heavily fermented tofu dish that my dad absolutely loves (and that me and brother avoid at all costs because of its smell). We also ate some dim sum, mochi, bubble tea and some BBQ meat.

10. Take a day trip to Sea-to-Sky Gondola and Whistler

The drive to Whistler, a mountain resort community in Northern Vancouver and host to the 2010 Winter Olympics, is one of the most beautiful drives in the world. You’ll start along a coastal highway, the Sea to Sky highway, and then the view drastically transforms to mountain ranges and glaciers as you climb higher in elevation to reach the ski resort. Along the way there are places to hike and observation outlooks you’ll want to stop at.

Definitely stop by Squamish and take the Sea to Sky Gondola up to an elevation of 885m for some spectacular views. At the top, there is a nice lodge, dining area, some trails and a suspension bridge to explore.

Alternately, if you are a brave soul, you can hike up via the Sea to Summit Trail and take a one-way ticket down. You will want to do this in Summer though. We opted not to this time as it was 40 degrees out.

One of the most popular attractions in Vancouver, the Capilano Suspension Bridge Park features one of the longest pedestrian suspension bridges in the world as well as several other suspended footbridges amongst evergreens and the rainforests. It was like walking in a large tree house but suspended 100 ft off the ground. It was both exciting and terrifying. Not for anyone with a fear of heights.

Rent a car but opt for public transit in the city. To get to Vancouver and the National Parks, you will definitely want to rent a car during the week. However, it is either really hard to find parking or just plain expensive in the city. You should buy a $5 ORCA bus pass that will allow you to bus in/out and around the city easily. You can easily load money to the card as well when you are running low. We bought ours at a local grocery store.

Pack layers and some good hiking gear. We failed to consider how cold it could get at Vancouver, Mount Rainier and Olympic National Park. Definitely bring some layers and even some winter clothing if you are traveling in late September/early October. Summer may be warmer, but you will still want to bring a warm sweatshirt or jacket just in case. I ended up wearing every single garment I brought with me when we were traveling to Whistler, B.C. You’ll also have lots of opportunities to hike, so bring a good backpack and hiking shoes.

Because we were only at each city for a few days, I know we skipped over some areas. Feel free to let me know what places we should visit next time we are in Seattle or Vancouver—I’m looking for a good excuse to go back. 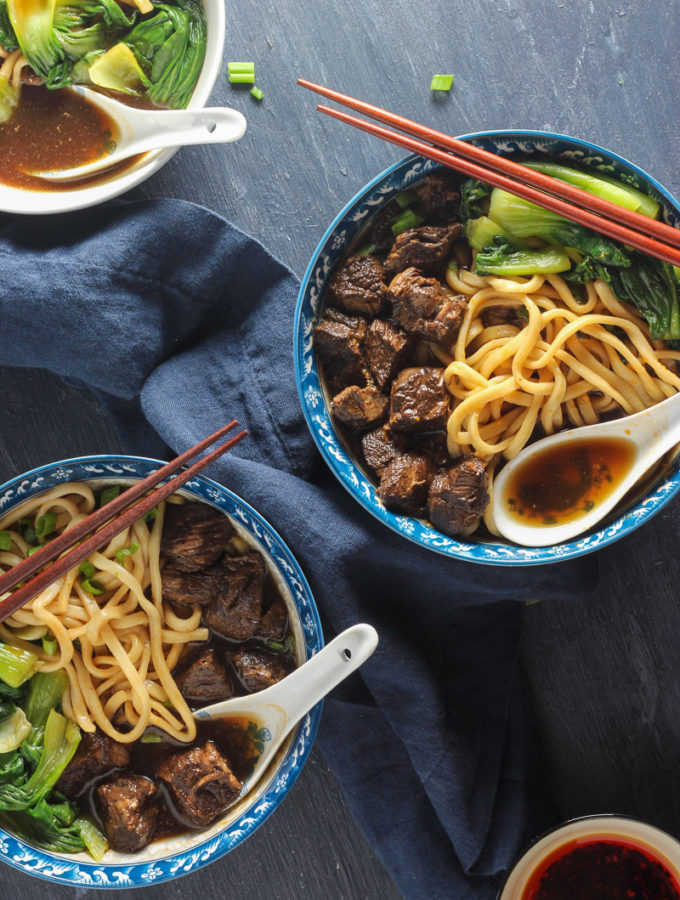 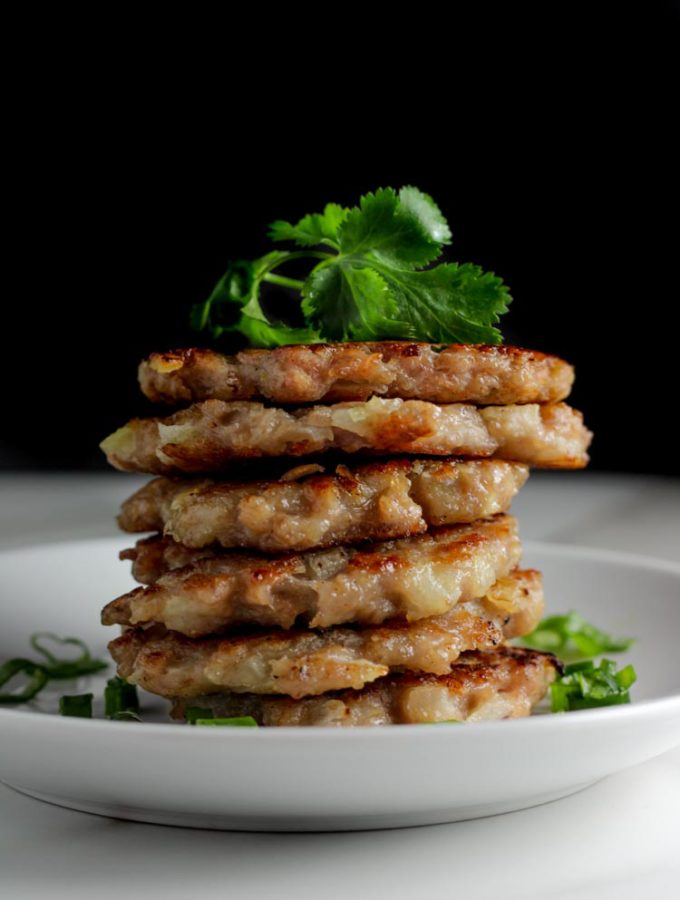